Scooby was raised in the city and away from the tribes, but it doesnt make her any less wild and playful. As the daughter of a carpenter and a dancer, she is always up for a challenge and can surprise you. 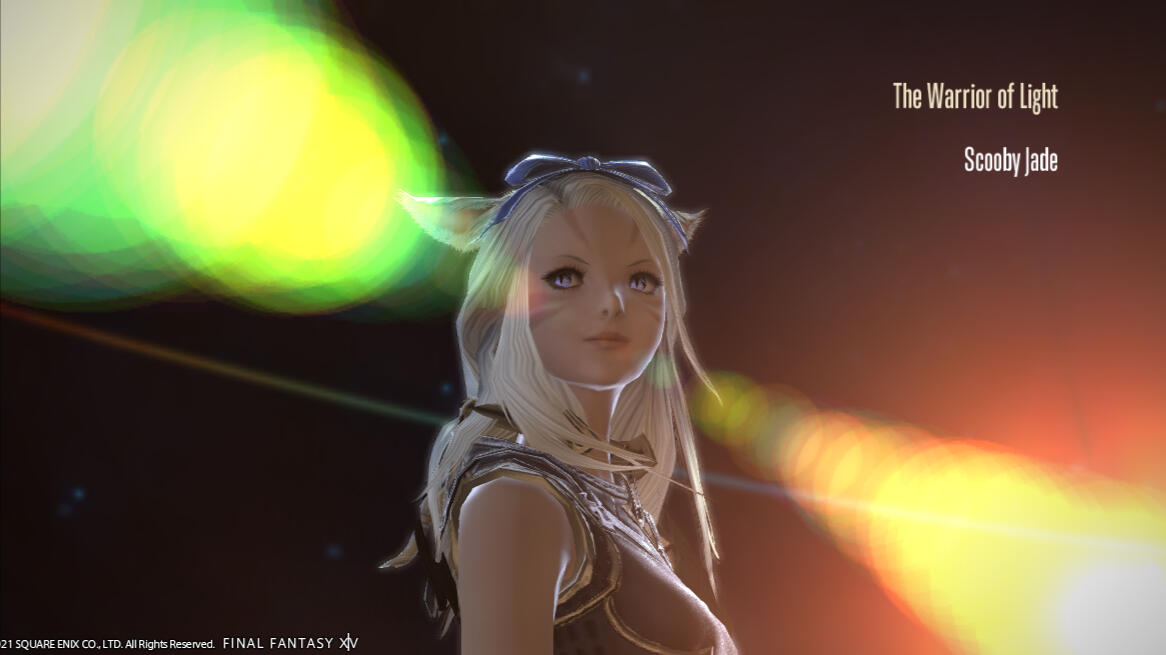 Scooby learned to handle herself at a young age. Always on the move as her parents fled the tribes. Mom fell in love with a lesser Nuh in the tribe and they defied Miqo’te tradition and left the tribe and got married. Her mother wrapped her in a blue blanket given to her at the last moment by Scooby’s grandmother and off the family went. Always on the move till tribe stopped attempting to find and return them. The tribes gave up trying to return them and they finally settled in Uldah. Dad an accomplished carpenter opened a shop and mom joined the other female Miqo in Uldah and learned to dance.

After finding Scooby roaming and adventuring thru the streets of the city and surrounding area numerous times when she was supposed to be making a deliveries for Dad. Scooby’s mom knew she had to do something to keep her curious side occupied, so mom finally took her to work with her. Those years with mom at work she learned to dance and dad had already taught her how to be a successful carpenter.

As she got older and more adventurous she took a few odd jobs at different clubs and finally worked her way up to being a dancer. She ultimately learned the ins and out of the club scene and what it takes to be a successful dancer. Still having the tattered blue blanket from her grandmother, she took a small portion of it and fashioned it into her signature bow she wears in her hair. She then set out to find a club that she can call home and maybe do a little table making on the side when she isn’t dancing on one 😊 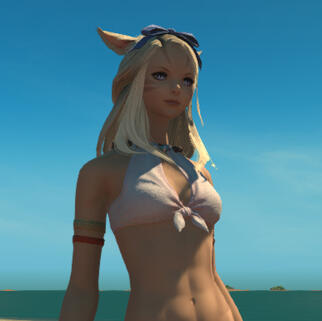 I'd love to see you at the club I dance at. Feel free to come by and say hello